Introduced in 2018, the FX Series burst onto the wakesurf scene to incredible acclaim – quickly becoming a favorite amongst our riders as well as surfers worldwide. Now on our third rendition, the FX V3 is, by all accounts, better than ever. For 2020, we’ve rounded out the rails to provide more of a traditional surf feel that is more consistent and predictable, while still maintaining its high maneuverability and effortless drive down the wave. The FX V3 still features a stepped tail and subtle concave base to speed up the board and allow it to smoothly transition from rail to rail. Its wide, squared off nose minimizes pearling (aka nose dives) and makes it easier to ride out of air reverses and shuvs. With its 5-fin option, customize the FX V3 to perform exactly how you need it. 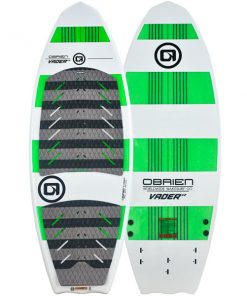